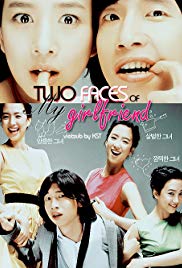 Naive and awkward Gu-chang is on his seventh year of college, constantly failing job interviews and living off of an allowance from his divorced sister. The almost 30-year-old virgin has never had a girlfriend, or even kissed a girl before. One day, he picks up a wallet at a dining hall and meets its owner: sweet, innocent and bashful Ani. He falls in love with her instantly and the two begin dating. But just when everything seems to be going well, he discovers another side to Ani: she becomes overly aggressive, drinks too much and cusses loudly. He learns that his girlfriend has multiple personality disorder, and that wild and violent Hani is one of her two personalities.