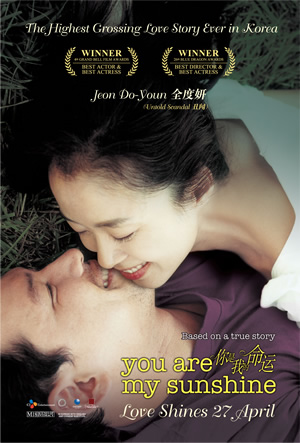 Seok-joong, a farmer in his mid thirties, is desperate to find a wife and settle down. After backing out of a scheme to set him up with a Filipino bride, he falls head over heels in love with local tabang delivery girl Eun-ha, and starts showering her with gifts. Although Eun-ha is initially unimpressed, she is eventually won over by his kindhearted nature, and the two get married. The couple’s marital bliss is short lived, however, as Eun-ha tests positive for HIV, and is then tracked down by her abusive ex-husband, who takes her away and forces her back into prostitution.