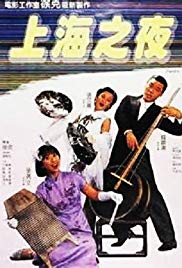 In 1937 Shanghai, a soon-to-depart soldier meets a young woman under a bridge during a Japanese air raid. They vow to meet after the war ends, but they don’t each other’s name or face. Ten years later, the young woman, a nightclub singer, takes in a naive girl fresh from the country. The country girl falls in love with the would-be song-writer upstairs who, unbeknownst to the singer, is none other than the soldier from the bridge.