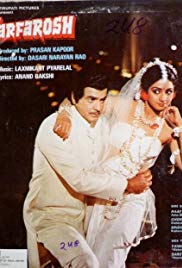 Finding a way to get away from the British captive; three prisoners Satyadev, Nyaya Sharma and Dharmadhikari decides to diverge information to the British about the where-about of the leader of freedom-fighter gang, Jwala Singh. To this extent Jwala is apprehended and is given long jail term; years later when he is released from jail he plans to take revenge on the three who has now established themselves well as India’s most wanted criminals.