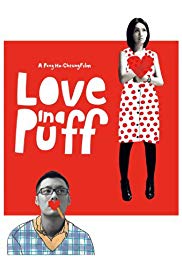 Since 2007, the Hong Kong health authorities have implemented an anti-smoking law that bans people from smoking in all indoor areas, including offices, restaurants, bars, and karaoke lounges. Office smokers now have to take their cigarette breaks on the streets outside, which has led to groups of smokers from the same building bonding together in cliques known as “hot pot packs.” In an alley packed with loudmouth co-workers spreading the daily gossip, Jimmy, a mild-mannered advertising executive, meets cosmetics salesgirl Cherie. An awkward flirtation ensues amidst their afternoon nicotine rush. As their mutual infatuation intensifies, the couple moves farther and farther away from the rest of the “hot pot pack” into their own private alley, where they have conversations of unexpected emotional depth. As smoke gets in their eyes, one thing leads to another