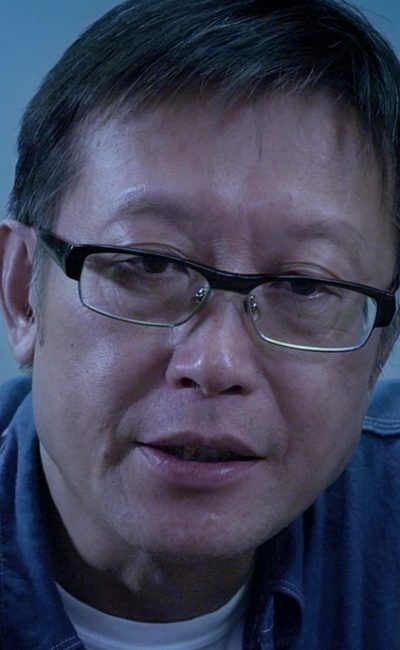 Andrew Lau Wai-Keung was born in Hong Kong in 1960, and has been fond of photography as a child. He joined Shaw Brothers (HK) Ltd. after secondary school graduation. The first film he participated in as a semi-skilled worker in cinematography was Legendary Weapons of China directed by Chia-Liang Liu. His position rose throughout the years with film such as City on Fire, Where’s Officer Tuba?, As Tears Go By, Curry and Pepper, Lee Rock and Lee Rock II. His work as a cinematographer has also garnered him several nominations at the Hong Kong Film Awards. Lau had later gotten recognition for his loose style in capturing natural light and dynamic camera movements. His directorial debut arrived in 1990 with Against All, but he didn’t give up his career as a cinematographer. He also co-directed the films To Live and Die in Tsimshatsui and Modern Romance, alongside director Jing Wong. In 1995, he took up the position of director and cinematographer once again for the films Love of the Last Emperor and The Mean Street Story. Lau founded B.O.B. & Partners Co. Ltd. jointly with Manfred Wong and Jing Wong. The first film of this company was Young and Dangerous which was released in 1996 and became a box office hit. In the same year, the ‘B.O.B. trio’ produced the film’s first two sequels. From 1996 to 1998, he continued to direct films including the Young and Dangerous Saga–and “The Storm Riders.” Having been involved in the Young and Dangerous films including its four sequels, Lau finished his involvement with the franchise with “Young and Dangerous: The Prequel” in 1998, and “Born to Be King” in 2000. Lau has also made a name for himself for combining martial arts with computer-animated special effects on the movie screen in such acclaimed films as The Storm Riders and A Man Called Hero. Other films such as Sausalito and Dance of a Dream have lightened Andrew’s film career. In 2002, Lau established Basic Pictures, a company that started out with the blockbuster movie Infernal Affairs, in which he co-directed alongside co-writer Alan Mak (Alan Mak). It would be the first of many collaborations involving the directing duo. The film starred the four top actors of its year–Andy Lau, Tony Chiu-Wai Leung, Eric Tsang and Anthony Chau-Sang Wong– along with the year’s two top actresses–Kelly Chen and Sammi Cheng. Infernal Affairs was the number one box-office hit in Hong Kong that year, breaking several box office records alone. Furthermore, the film won many Hong Kong Film Awards, including Best Picture, Best Directors (Lau and Mak), Best Screenplay (Mak and co-writer Chong), and Best Supporting Actor (Wong). Infernal Affairs also went on win awards at the 40th Golden Horse Awards and the Golden Bauhinia Awards. Not only was the film successful worldwide, but it later became the inspiration for Martin Scorsese’s 2006 film, The Departed (2006). In 2003, Lau and Mak had completed the trilogy with the prequel Infernal Affairs II, and the sequel/prequel Infernal Affairs III. Later that year, the directing duo won the “Leaders of the Year 2003” Award in the Sports/Culture/Entertainment Category. In 2004, Lau and Mak worked on another blockbuster, Initial D, which was shot in Japan and released in Hong Kong during the summer. Once again, it was also another successful film for Lau and Mak, winning multiple awards at the Hong Kong Film Awards, winning for Best New Performer (Jay Chou), Best Supporting Actor (Anthony Chau-Sang Wong), and Best Visual Effects. In 2006, Lau, Mak and scriptwriter Felix Chong re-teamed to make the 2005 film, Moonlight in Tokyo. They re-teamed again for the 2006 film Confessions of Pain, once again re-teaming with Infernal Affairs star Tony Chiu-Wai Leung. With his difference in style and aspiration, Andrew Lau, as a prolific director/cinematographer continues to make good quality films that will appeal to a mass audience.