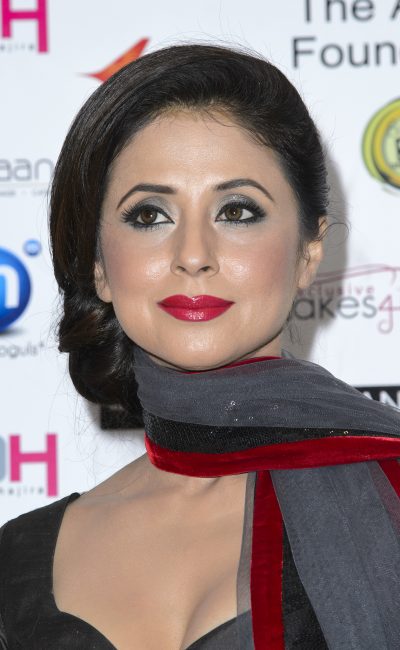 The daughter of a lecturer, actress Urmila Matondkar began her celluloid career as a child artiste with the film _Kalyug (1980)_. Although an average film at the box-office, her next film, Masoom (1983), about a family coping with an illegitimate member, showed her acting talents blossom and she received critical acclaim from both her fans and the film fraternity. She subsequently appeared in a number of films including Dacait (1987), where she plays Sunny Deol’s under-aged sister who gets brutally raped. Years later, Urmila then made her debut as an adult actress in N. Chandra’s Narasimha (1991) opposite Sunny Deol . She then did the fantasy Miracle (1992) with the then-débutant Shahrukh Khan and Shreemaan Aashique (1993), a comedy on male chauvinism opposite Anupam Kher and Rishi Kapoor and a crime movie Drohi (1992), But no matter what films she did, while her fellow actresses Manisha Koirala and Raveena Tandon reached the peak of their popularity with blockbuster after blockbuster, success seemed to elude her. Then she did Ram Gopal Varma’s Colorful (1995), a tale of a girl’s journey in the film industry. The movie came as a refreshing surprise and Urmila gave a magnificent performance, which is no small feet alongside actors Aamir Khan and Jackie Shroff, but what gave the film classic status was A.R. Rahman’s music, Asha Bhosle’s songs and designer Manish Malhotra, who transformed Urmila from a Maharashtrian middle-class girl into a sexy and glamorous actress. With this movie Urmila revolutionized sensuality on the Indian screen. What most actresses hadn’t managed even after a dozen hits, Urmila had achieved with only one film. And ever since, she has been associated with Asha Bhosle’s sensual voice and of course the image of the sizzling seductress – in fact, she is still known for her sizzling sensuality and her stunning looks. However, Urmila is not to be judged only for her looks. She is also an actress of great talent and skill – her performance in Satya (1998) as a modest girl whose boyfriend, the titular character, gets sucked into the Bombay underworld is one of her best ever performances to date. And since 2000, she began to play roles of depth and substance, making an impact most notably in the films Pyaar Tune Kya Kiya… (2001), Om Jai Jagadish (2002), Pinjar (2003), a drama based on India’s partition, I Did Not Kill Gandhi (2005), about a man accused of Gandhi’s murder and Banaras (2006). As of 2006, she has acquired several assignments, both using her talents as an actress and as a seductress – she is doing Onir’s Bas Ek Pal (2006) and Ram Gopal Varma’s Sholay (2006), the latter of which audiences are eagerly waiting for with bated breath. On March 3, 2016, she married actor-model-businessman Mohsin Akhtar in a small private ceremony. Today Urmila is known as one of Bollywood’s most versatile actresses. After Sridevi, she is known to have the played the most varied characters next to fellow actresses Tabu and Mahima Chaudhry.