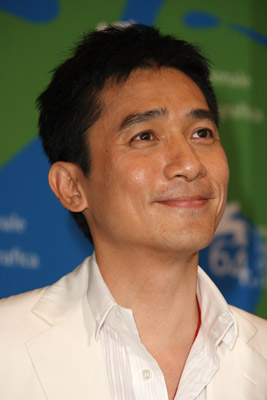 Tony Leung Chiu Wai was born in Hong Kong on 27 June 1962. He and his younger sister were raised by their mother after his father left them. In 1982, after passing the training courses of TVB, Tony became a TV actor and became famous for his comedy style in such TV shows as Lu ding ji (1983) or Jue dai shuang jiao (1979). However, he didn’t limit himself to television and began showing his versatility in films like My Heart Is That Eternal Rose (1989) and La cité des douleurs (1989). After he starred in several movies directed by ‘Kar wai Wong’; such as Chungking Express (1994) and Happy Together (1997), he gained more respect as an actor and finally received the Best Actor Award at the Cannes International Film Festival for his outstanding performance in In the Mood for Love (2000). In addition to his acting career, he is also known as a singer.