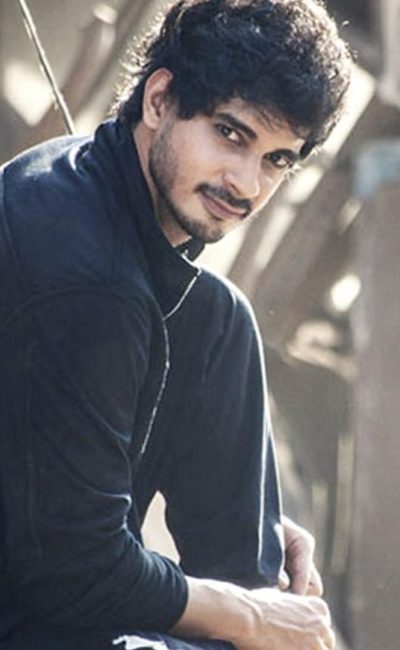 Tahir Raj Bhasin is an Indian film actor. He was born in Delhi on April 21st 1987 to a Punjabi father and a Kashmiri-Maharashtrian mother and is the eldest of two siblings. Born into an Indian Defence Force family he was raised at Air Force Bases around the country. Tahir started his fundamental acting training in New Delhi, at Imago, the Barry John Acting School, at his age of 15. He has a bachelor in political science degree from the Hindu College, University of Delhi and holds a Masters degree in media from the University of Melbourne,Australia with special papers in Screen Media and the History and Philosophy of Film. He subsequently worked at a premier national news production company in India. Tahir has trained extensively in body language and behavioral analytics at the Institute of Advanced Acting and Behavioural Studies and has undertaken intensive acting workshops at the Theatre Professionals Company in Mumbai who draw their faculty from NSD (National School of Drama), India. In 2013 he was part of a select group of Indian actors who were participants in a summer intensive acting and voice training program conducted by acting legend Naseerudin Shah, SDDS education and the University of Melbourne at the National Centre of Performing Arts. He also has a background in contemporary Bollywood jazz dance and mixed martial art. Tahir resides in Mumbai and has been featured in short films for the FTII (Film and Television Institute of India) , the VCA (Victorian College of Art, Australia) and in national television advertisements in India. After making brief appearances in films such as Kai Po Che! (2013) and One by Two (2014) he made his lead Bollywood debut with Yash Raj Films’ Mardaani where he played the lead antagonist opposite Rani Mukerji directed by Pradeep Sarkar. 2nd September, 2014