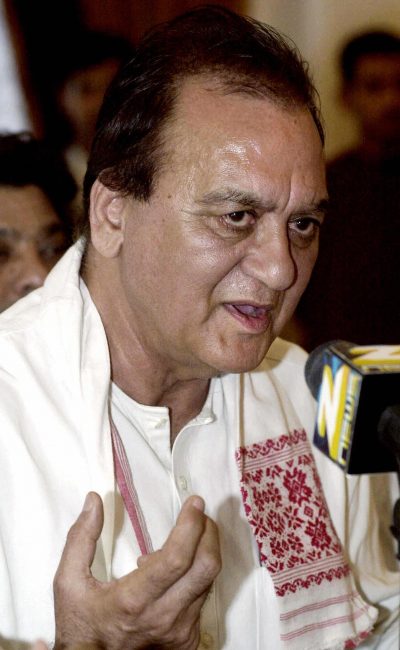 Actor, social activist and politician. Sunil Dutt wore many hats and excelled in a plethora of roles that came his way – both on and off screen. Born on June 6th, 1929, Sunil Dutt grew up as Balraj Dutt in a family that had survived the Partition of India. A student of Mumbai’s Jai Hind college, he first started off as radio show host and celebrity interviewer, which led to his first encounter with the glamor world. Interestingly, wife-to-be Nargis was one of the celebrities he met in the course of his work. Soon, Dutt got a chance to enter the film-world, when director Ramesh Saigal offered him the hero’s role in his Nalini Jaywant starrer ‘Railway Platform’ (1955). ‘Ek Hi Raasta’ (1956), marked the start of a seven-film long association with B R Chopra. Dutt’s true breakthrough came with Mehboob Khan’s magnum opus ‘Mother India’ (1957). His portrayal of Birju, Nargi’s rebellious younger son, portrayed a raw, urgent energy. Dutt’s association with Nargis in the movie resulted in a more serious one, when he married her after the release of the film. Dutt’s role in women-oriented films like ‘Sadhna’ (1958), ‘Sujata’ (1959) and ‘Main Chup Rahungi’ (1962) were well-appreciated. Noted filmmakers like Bimal Roy, Hrishikesh Mukherji and B R Chopra dared to defy Sunil Dutt’s established rebellious Birju image and cast him as a sensitive lover. Dutt turned producer in the early sixties with a couple of offbeat movies – ‘Yeh Raaste Hain Pyar Ke’ (1963), where heroine Leela Naidu has an adulterous relationship and ‘Mujhe Jeene Do’ (1963) where he played a dacoit. In his cinematic association with B R Chopra, Dutt gave three big hits in the sixties – ‘Gumraah’ (1963), ‘Waqt’ (1965) and ‘Humraaz’ (1967). He also worked with South Indian filmmakers, which resulted in emotion-heavy, rural-based hits with Nutan like ‘Khandaan’ and ‘Milan’. In 1967, he had a hat-trick of hits with ‘Milan’, ‘Meherban’ and ‘Humraaz’. His role of a buffoon in Mehmood’s ‘Padosan’ (1968) was much appreciated. In 1981, Dutt’s world was rocked when his wife Nargis died after a protracted battle with her cancer. He later joined politics and social work. But the actor in Dutt continued to surface during the last decade with movies with select filmmakers like J P Dutta ‘Kshatriya’ and Yash Chopra ‘Parampara’. His last screen cameo was in Rajkumar Hirani’s immensely popular laugh riot ‘Munnabhai MBBS’, where he played on-screen father to his son Sanjay.