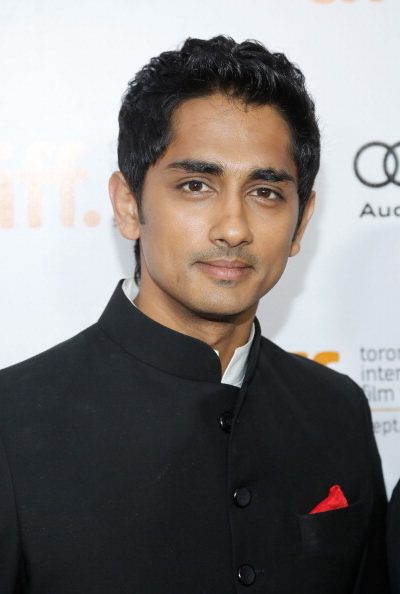 Siddharth is an actor, playback singer and screenplay writer! He is an avid cricket lover, and has experience in cricket commentary and writing. After completing his MBA from Mumbai, Siddharth landed the role of assistant director for Mani Ratnam’s “Kannathil Muthamittal” and later made his debut in “Boys” in 2004. Siddharth worked on Mani Ratnam’s “Aayutha Ezhuthu” in 2004 which was dubbed from Tamil into Telugu (Yuva) and he worked with Prabhu Deva in the film “Nuvvostanante Nenoddantana” that gave his first Filmfare Best Actor award. In 2005, Siddharth also ventured into the writing forum as well as the singing forum as he wrote the screenplay for his Telugu film “Chukkallo Chandrudu” directed by Siva Kumar and sang as a playback singer. Siddharth made his Bollywood debut as part of the critically and commercially acclaimed “Rang De Basanti”, alongside Aamir Khan and Kunal Kapoor. Siddharth received the Star Screen Debut Award for his role as Karan Singhania in the movie. He has worked with director Vishal Bhardwaj and Oscar winning cinematographer Guillermo Navarroon a short film titled “Blood Brothers” which screened at the Toronto International Film Festival. His second Bollywood movie “Striker” portrayed the life of a carrom player and became the first Bollywood film to release on YouTube and in theatres on the same day. Siddharth’s latest release was “Anaganaga O Dheerudu – Once Upon a Warrior”, produced by Walt Disney, co-starring Shruti Hassan. He has also sung “Appudo Ippudo” and “Oy!” which became No.1 Singles. Do look out for Siddharth as he is set to conquer both the South Indian and the Hindi Film Industry.