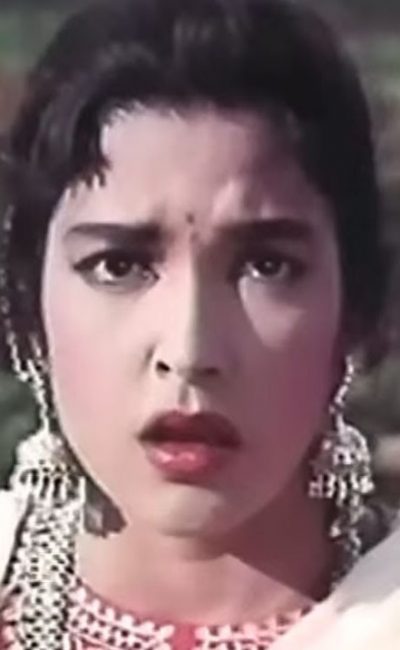 It was only natural that Shobha Khote strayed into show business. Her father, Nandu Khote, was a star on stage and in the silent movies. Durga Khote, a famous movie personality of the yesteryear, was her aunt. The huge family home at Bombay’s Chowpatty was always full of guests. “I had a happy, carefree childhood,” she says. “Ours was a big, joint family and most of my cousins were boys. I used to play with them, run around, climb trees and was an acknowledged tomboy.” She studied at St Teresa’s Convent, Girgaum, and graduated in English Literature from Wilson College. Life in college was quite exciting to Khote and her brother Viju, another well-known stage, TV and screen actor. She took to swimming and cycling, excelled in both games and set up a new record for the one mile in cycling. “My family was sports-minded,” recalls Khote. “Father had built a gymnasium in the house itself. Many of his friends spent time there exercising. I Lent a lot from him. He taught that one can learn hard work, sincerity and team spirit from sports.” Both at school and college, Khote made occasional appearances on stage. It was fun, but I just took it casually,” she says. As Khote made her name in sports, her photographs began appearing in the newspapers and magazines. Well-known director Amiya Chakraborty sent his distributor friend, Kamath, to invite Khote for a screen test. Khote recalls with a giggle, “When Kamathsaab arrived, I was in tomboy outfit, with hair flying all round. He did not think much of me and reported back to Amiyada,” Fortunately, Amiya Chakraborty was not convinced and after meeting her, cast her in his Seema. The role was a challenge. Seema, which starred Nutan and Balraj Sahni was not the run-of-the-mill Hindi movie, and Khote was pitted against two highly sensitive and intelligent artists. But she came out with flying colors. “Amiyada told me he wanted a different kind of actress for the role, who would be natural. I fitted the bill. In fact, he did not even give me screen test,” says Khote. She also had a score to settle with veteran actress Leela Chitnis, who along with her two songs, was producing a movie. Chitnis offered Khote the lead role, on condition she would not work elsewhere for the next five years. “My father did not agree to this condition,” she recalled. “In fact, I had cut my hair for the role and even rehearsed enthusiastically for some weeks. And when they dropped me, I wanted to show them the loss was theirs.” Filmistan offered her roles in Paying Guest and Champakali. PG was a big hit but Khote did not enjoy her role, which was too negative for her liking. “I disliked the role so much that I refused to watch the movie?” She saw it on video much later. A sportswomen, did she enjoy acting? Okay, she nods. “Basically, I was fun-loving and liked to be with people. Because of my family background, I had no problems in the film world.” She did another film, Dekh Kabira Na Roya with Amiya Chakraborty, who later died of a heart attack. It wasa shattering blow, because Chakraborty had been her friend, philosopher and guide. “He was very good in casting,” recalls Khote. “Even top stars like Dilip Kumar wanted to work with him and gave off their best in his films.” It was Chakraborty also who found she had a flair for comedy. Even her serious roles in his films had comic touches which were highly appreciated. And when Chhoti Bahen, an L V Prasad release from Madras, turned out to be a mega hit, Khote was earmarked for comic roles. And her famous pairing with comedian Mehmood began. For the next six years, films starring Shobha Khote, Mehmood and Dhumal were highly popular and did roaring business at the box office. Sasural, Dil Ek Mandir, Dil Tera Diwana, Bharosa and several other films celebrated jubilees. Even Khote’s negative role have often been tinged with comedy, a case in point being the super hit, Ek Duje Ke Liye. Her constant pairing with Mehmood were also grist for film industry gossip. Khote laughed. “I know about it,” she admitted. “Yes, we were together in so many films that people gossiped about us. But there was a wide cultural differences between us. Of course, I knew him very well but we were nothing but co-stars.” As tea arrived, we discussed the changing role for comedy on Hindi screen. Khote pointed out that comedians like Gope, Yakub and Bhagwan had been popular them having to resort to buffoonery. Again, during the 1960’s and 1970’s, the comedy on the Hindi screen was clean and depended mostly on comic situations.