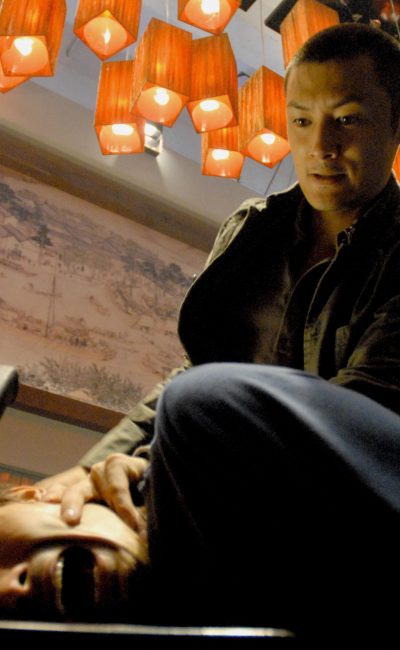 Branded as the next “Nicholas Tse”, Shawn Yue was born and raised in Hong Kong. Spotted at an early age on the streets of Hong Kong by agents of the famous Hong Kong modelling agency “Starz People”. He has modelled for Giordano, Sony, Timberland, Gillette, Meko, and is currently a spokesmodel for Shiseido Pureness and Coca-Cola China. Yue’s first acting projects included Hong Kong TV series “Y2K”, co-starring Twins member Charlene Choi, and the lead role in its sequel “Y2K+01”. But, it was the lead role in the Taiwanese TV series “Tomorrow” that brought him more attention outside of Hong Kong, and through out the Far East. In 2002, Yue starred in “Just One Look”, with both Twins members, and the much talked-about, big budget “Infernal Affairs”, which brought him even more publicity.