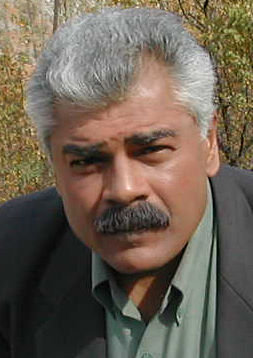 Sharat Saxena is an Indian actor working in Bollywood films. He has acted in nearly 160 Bollywood films. Saxena started his career in the early 70s and has mainly played either supporting roles of a father, uncle or villainous roles. He has starred in some of the most successful films of Bollywood like Mr India, Tridev, Ghayal, Khiladi, Gupt: The Hidden Truth, Soldier, Baghban, Fanaa, Krrish, Ek Hi Raasta (1993) and many more. His performances in these films have established him as one of the finest supporting actors in Bollywood. He has also appeared in many Telugu, Malayalam and Tamil films. He played the role of Kichaka in the popular television serial Mahabharat. He was also nominated for Filmfare Best Villain Award for Ghulam (1998). He currently (2011) lives in Madh Island, a colony on the outskirts of Mumbai. He lives with his wife Shobha and two children, Veera and Vishal and dog Razor. Sharat hails from Jabalpur city of madhya pradesh in India. After doing Engineering in Electronics & Telecommunication from Jabalpur Engineering College, he wanted to become an actor. So, in 1972, he came to Mumbai. The going was tough because of his built, so he easily got the role of a henchman. Benaam (1974 film), was his first release. Then followed Dil Dewana, Agent Vinod, Kaala Pathar and others.