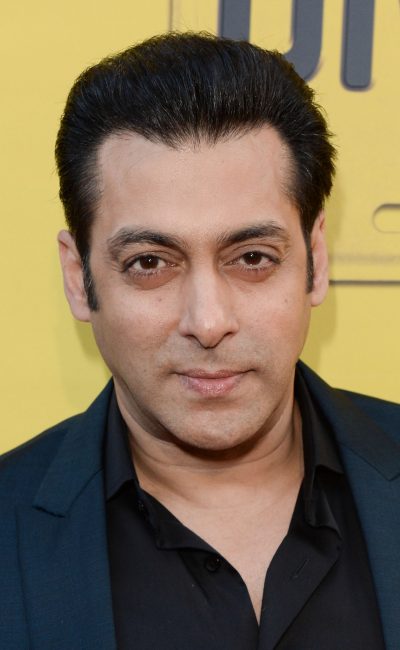 Born on December 27, 1965 Salman Khan is the son of the legendary writer Salim Khan, who penned many super-hits in the yesteryear’s like Sholay (1975), The Wall (1975), and Don (1978). Salman started his acting carrier in 1988 by doing a supporting role in the movie How a Wife Should Be (1988). The following year he had the leading role in the box office romantic hit I Fell in Love (1989). From there he became a heart throb of Indian cinema. Following with other box office hits he showed his terrific performance in Beloved (1991), Andaz Apna Apna (1994), Hum Aapke Hain Koun…! (1994), Karan and Arjun (1995), Khamoshi: The Musical (1996), Something Something Happens (1998). His transformations can be sensitive, vulnerable, funny, aggressive and charming as his role demands. In 1998 he was arrested by the local police from the shooting location of the film Hum Saath-Saath Hain: We Stand United (1999), for killing protected wild animals and spent about a week behind the bars. The actor is facing trial in three cases of killing black bucks and Chinkaras and another of illegal possession of arms. In September 2002, Salman Khan had hit the headlines after he crashed his Land Cruiser near the American Express bakery in Bandra, killing one man and injuring others. Being known for those roguish behaviors, he tried to balance his troubled life with his career. In 2003, he gave his emotionally charged performance as playing an obsessed lover in In Your Name (2003) that translated into good reviews and a good run at the box office. He not only managed to revive his career, but also to restore the confidence of his producers and distributors alike. His work was noticed internationally in the movie Phir Milenge (2004) where he played the role of an AIDS patient. It was well appreciated by the World Health Organization (WHO) for presenting the problems of AIDS patient in today’s world. In 2007, he launched Being Human – Salman Khan Foundation. This charitable organization aids the underprivileged in areas such as education and health-care. More recently, he starred in the multiple record breaking box office super-hit Fearless (2010), Ready (2011) and Bodyguard (2011).