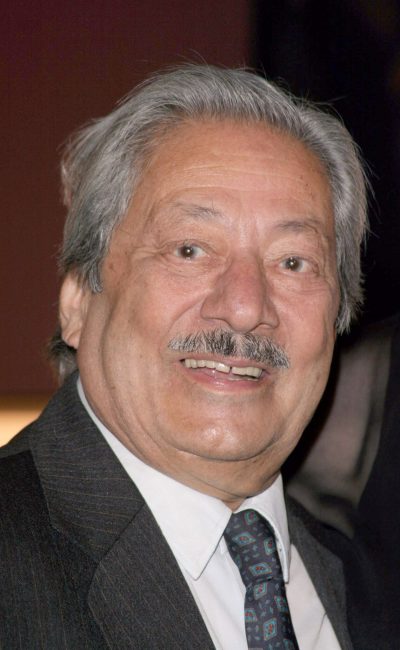 Saeed Jaffrey was born in Maler Kotla, Punjab, India. He was born on the 8th of January 1929. He attended University of Allahabad where he completed his post-graduate degree in history. He also attended the Staff Training Institute of All India Radio. He started his career in drama, as the founder of his own English theatre company called the Unity Theatre, in New Delhi between 1951 and 1956. He also served with All India Radio as Radio Director during this period. He played a wide variety of roles in comedy and drama with equal ease and enthusiasm. His early theatrical work included roles in productions of Tennessee Williams, Fry, Priesty, Wilde, and Shakespeare. In 1956, he finished his studies at the Royal Academy of Dramatic Art in London, a premier school of drama. He went to the United States on a Fulbright scholarship and took a second post-graduate degree in drama from the Catholic University in America. With this experience as his base, he took his company on a tour of the United States doing Shakespearean plays in the year 1957. He was the first Indian Actor to have ever done so. He then became an active member of the Actors’ Studio in New York. Here, he was noted for his acting in the play “Nights” and his role as the “Nawab” in Granada Television’s adaptation of “The Jewel in the Crown”. He married Madhur, actress and cookery writer, with whom he has had three children. He is now divorced from her. In the 1960s he made numerous stage appearances and participated in a number of tours. He also started his U.S. television career in these years. He was the director of publicity and advertising for the Government of India in their Tourist Office in the U.S. from 1958 to 1960. His performance in the BBC classic _Gangsters (1975) (TV)_, as “Rafiq” earned him countrywide recognition in the United Kingdom. This was even though he had acted in Theatres and appeared on television previously in the U.K. During this period he acted in the off-Broadway play “A Tenth of an Inch Make The Difference” written and directed by Rolf Forsberg, who later cast Saeed Jaffrey and his wife Madhur in the noted short films, “Parable” in 1964, and “Stalked”, starring Jack Hawkins, in 1968. Mr. Jaffrey began his feature film career acting in the movie The Guru (1969), and since then has made numerous film appearances along with Hollywood stars such as Sean Connery, Michael Caine, Pierce Brosnan etc. He has, since then, worked with directors of high caliber such as Satyajit Ray, James Ivory, David Lean and Richard Attenborough. He is a member of the Actors’ Equity Association, Screen Actors Guild and the American Federation of Television and Radio Artists. He is known over the world for his impeccable English accent, his dapper style and his catch phrase “My dear boy”. They form part of an acting persona that audiences have always found enchanting. He uses his smooth charm to good effect whether he is playing the archetypal oily, corrupt businessman or the kindly, knowing, father like figure. He is the first Asian to have received British and Canadian Academy Award nominations for acting, and is the first ever to be awarded the Order of the British Empire for his services to drama.