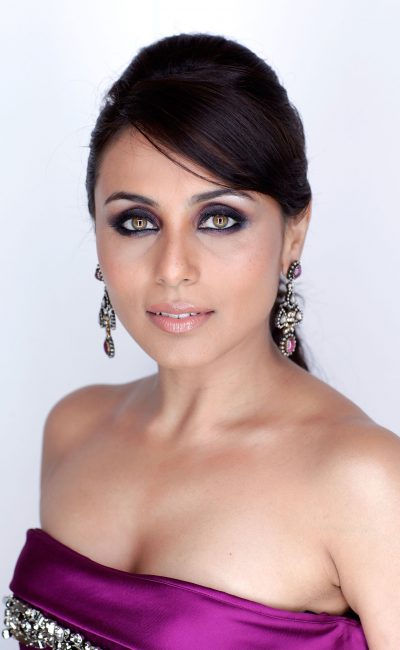 Mukerji comes from a film-oriented family of Bengali origin. Her father, Ram Mukherjee, is a retired director and one of the founders of “Filmalaya Studios”. Her mother, Krishna Mukherjee, was a playback singer. Her brother, Raj Mukherjee is a film producer, now turned director. Her maternal aunt, Debashree Roy, was a Bengali-film actress and her cousin, Kajol, is a Bollywood actress. Mukerji is a trained Odissi dancer, and began learning the dance in tenth grade. Mukerji studied at Maneckjee Cooper High School in Juhu, and later enrolled at Mithibai College in Mumbai. While in school at the age of 14, Mukerji did a cameo role in her father’s Bengali film Biyar Phool (1992). In 1994, Salim Akhtar, a family friend, offered her a film called Aa Gale Lag Jaa (1994) but her father was against it as she was too young. Mukerji turned down the offer and Urmila Matondkar was cast instead. Two years later, Salim Akhtar came up with another offer and insisted on her playing the protagonist of Raja Ki Ayegi Baraat (1997). After a long discussion with her father, she agreed to do the film. When the film was unsuccessful at the box office, Mukerji returned to college to complete her education.