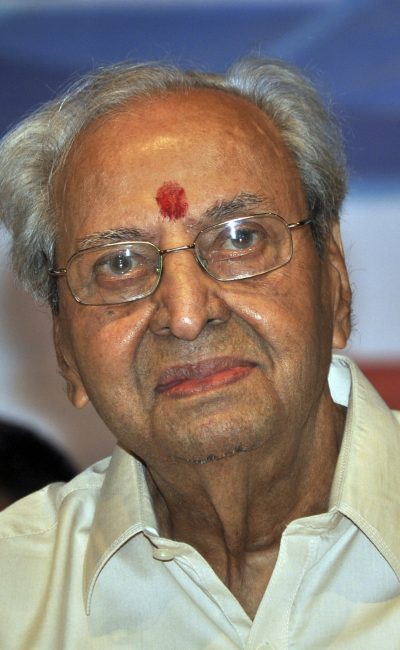 Pran was one of the leading character actors of Indian cinema. He was born on 12 February,1920 at Delhi. Pran was educated at different places namely Kapurthala, Unnao, Meerut, Dehradun and Rampur as his father late Lala Kewal Krishnan Sikand was a Government Civil Contractor for the construction of roads and bridges. Pran started his career by learning photography in Lahore. A chance meeting with a film producer, got him his first break in ‘Yamla Jat’ in 1940. Married in 1945 to Shukla, he had two sons Arvind and Sunil, and one daughter Pinky. At partition in 1947, Pran came to Mumbai and restarted his film career after a brief struggle. He acted in over 400 films in a variety of roles. As a villain, in films like ‘Ram Aur Shyam’ people shuddered with fear and hated him, and yet loved him as the good, unforgettable ‘Mangal chacha’ in ‘Upkar’. He went on to star in films with the leading actors of various decades from Raj Kapoor, Dilip Kumar, Dev Anand, Rajendra Kumar, Rajesh Khanna, Amitabh Bachchan, Dharmendra to Sanjay Dutt, Sunny Deol and Salman Khan. He was among the highest paid and most sought after character actors of his time, starring in some of the biggest and most acclaimed films of all time. Being a sports lover and a good sportsmen he had his own football team “Dynamos Football Club” which he financed for a number of years in the fifties. Along with his film career he had been engaged in a number of Social activities, including the Chief Minister’s Relief Fund, Maratha Sikshan Sanatha, Film Industry Welfare Trust. He had organised charity events and cricket matches, as well as the ‘Hope 86’ and ‘Hope 87’ shows for the needy people in the film industry. Under the patronage of the Late, His Excellency Nawab Ali Yawar Jung, Pran presented a number of charity shows for the refugees of Bangladesh and for the deaf and dumb. In an illustrious career of over six decades, Pran was bestowed with many awards including 4 Filmfare Awards, Villain of the Millennium honour from Stardust, Padma Bhushan, India’s third highest civilian award from the Government of India in 2000 and the DadaSaheb Phalke Award for Lifetime Achievement (highest honour for cinema in India) from the Government of India in 2012. He died on 12 July 2013 at the age of 93 after a prolonged illness in Mumbai’s Lilavati Hospital.