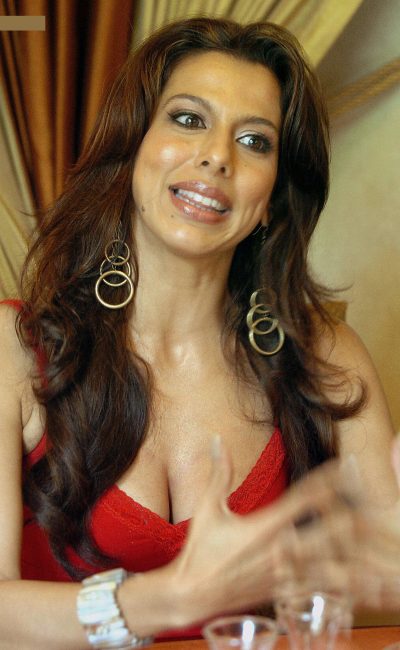 Pooja Bedi was born in Bombay, India, on 11th May 1970 to noted Indian classic danseuse Protima Bedi aka Gauri, and international film star Kabir Bedi. She was brought up very unconventionally and literally allowed to have her own way as a child. She abstained from cigarettes and alcohol until later in life. She endured family tragedies when her 26-year-old brother committed suicide in 1997, and her mother was killed on a holy pilgrimage on the Himalayas in 1998. She is married, and mother of two: Aalia (1997) and Omar (2000). She starred in Bollywood movies from 1991 through to 1995, as well as featured in a host of commercials and acclaimed campaigns such as tips and toes, Frooti, and the controversial Kamasutra condom campaign. She actively campaigns for HIV/AIDS awareness through celebrity appearances, print and electronic media, music videos (BBC and Levi Strauss sponsored) and fund raising events. Other causes she has supported include breast cancer awareness, street children, the world vision of India, and poverty housing with “Habitat for Humanity”. She returned to acting in films in Ek Ajnabee (2005), only to find that the scene had been deleted in the final cut. She was featured in a reality show, “Jhalak Dikhlaja” on Sony TV 2006, and developed a love for Latin American ballroom dance. She now performs shows all over the world at events and award ceremonies. She is also a TV host for “Not Just Page 3”, and “Just Pooja” on Zoom Tv, as well as brand ambassador of Allergan India, and Country Club India Limited. As a stage actress, she took part in the box office hits “Carry on Papa”, “Wow what a girl”, and a Bengali “Jatra”. She published her late mother’s memoirs “Timepass” (Penguin Books, India) which was on the national top 10 bestseller list. Her opinionated thoughts on matters of social and national concern have been published in regular columns and occasional articles in the Times of India, Hindustan Times, Midday, L’officiel, Marie Claire, The Week, etc.