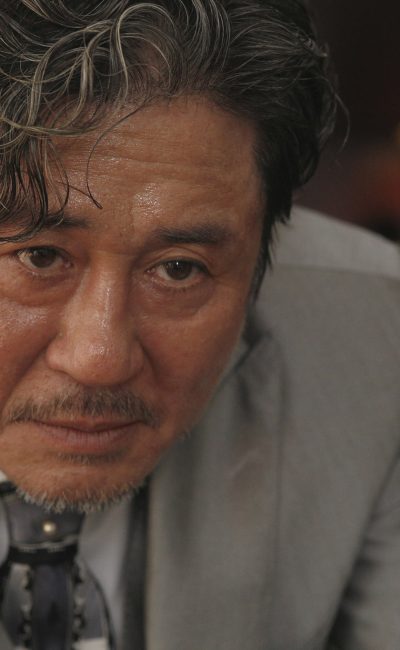 Choi Min-shik first made a name for himself in theater before breaking into the film world with a role in Park Chong-won’s acclaimed film ‘Our Twisted Hero’ (1992). In the mid-nineties he continued to act in theater productions as well as in several TV dramas, including Moon Over Seoul with Han Seok-gyu. 1997 marked his return to motion pictures, with a role as a tough-talking police investigator in Song Neung-han’s No. 3 (1997). His biggest role came in 1999, when he was cast in Korea’s most successful film ever, Shiri (1999). His portrayal of a North Korean agent garnered him much praise and a Best Actor Award from the 1999 domestic Grand Bell Awards. After starring in a theater production of Hamlet in spring of 1999, Choi took on the role of a husband who discovers his wife’s infidelity in Happy End (1999), and in early 2001 starred as a third-rate gangster opposite Hong Kong actress Cecilia Cheung in the acclaimed Failan (2001). In 2003 he starred in the now classic Old Boy (2003).