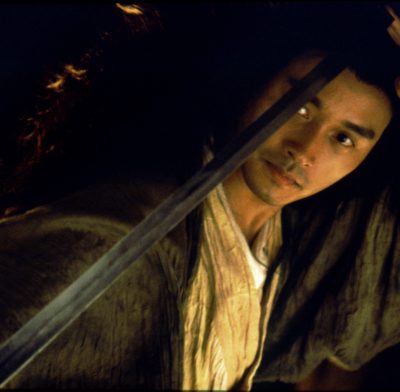 Leslie Cheung was the youngest of 10 children. His father was tailor to the late William Holden. Leslie’s parents divorced when he was young, and he claims this is one reason for his disinterest in marriage. Following graduation from secondary school, he studied at Leeds University in Great Britain. Upon his return to Hong Kong, he entered the 1976 ATV Asian Music Contest, where he took second prize. He went on to perform on stage, television and in teeny-bopper movies. It wasn’t until he was cast in the role of “Kit” in John Woo’s A Better Tomorrow (1986) that his acting career took off; he has since performed in some of the best-known Hong Kong movies of the last decade, working under the direction of such directors as Kaige Chen, Kar-Wai Wong, Hark Tsui and, of course, Woo. Leslie emigrated to Canada in 1992, but soon returned to Hong Kong, demonstrating his intention to remain past the 1997 handover of Hong Kong to China through his purchase of real estate and opening of a coffee shop in the colony. Leslie jumped from the landmark Mandarin Oriental hotel in the central business district early in the evening on 1st April 2003, leaving a suicide note that was found on the body.