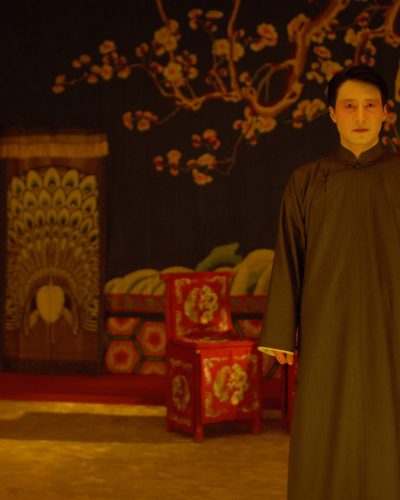 Leon Lai won the 2002 Taiwan Golden Horse Award for Best Actor for his outstanding performance in the highly acclaimed horror film, Three, where he portrayed an obsessive husband trying to revive his dead wife with Chinese medicine. In 2003, he appeared in the final installment of the high profile franchise that created a box office sensation all over Asia and international markets, Infernal Affairs 3. He recently starred alongside Asian pop diva, Faye Wong, in Leaving Me, Loving You, a story and script he created and wrote. Leon Lai was born in Beijing and brought up in Hong Kong. After returning to Hong Kong from his studies in England in 1985, Leon Lai entered himself in the 5th annual singing contest and won 3rd place. His potential was immediately recognized and thus began his performing career. He made his breakthrough in 1990 with his first album, becoming an immediate hit, and ultimately winning him¡°Best Newcomer¡± in the Hong Kong annual music awards. He went on to release many albums which all achieved record breaking sales, earning him the nickname ¡°4 Heavenly Kings¡±, along with Jacky Cheung, Andy Lau and Aaron Kwok, a new nickname for the HK King of Pop position left vacant after Leslie Cheung retired from the music scene. While making record breaking albums, Leon Lai also starred in numerous popular TV dramas and over thirty five films. His acting was finally recognized in Comrades: Almost a Love Story starring opposite of the fabulous Maggie Cheung, in which he earned nominations for Best Actor in both the Hong Kong Film Award and the Taiwan Golden Horse Award. A versatile performer, Leon Lai has achieved sensational success in both singing and acting. He has also shown his talents behind the camera, directing several of his own music videos throughout the years, mixing contemporary settings with special effects. Other notable film works include: Heroic Duo, City of Glass, and Fallen Angels.