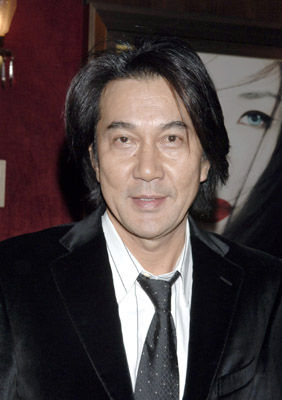 Yakusho Koji is an acclaimed and famed Japanese actors who has appeared in many notable films, including Tampopo, Unagi and Babel, but may be best known internationally for his role in Shall We Dance, which at the time of its release was Asia’s biggest film export. He was born in the southern city of Nagasaki as Koji Hashimoto, but moved to Tokyo and began working in the city’s municipality from which he borrowed his alias. Yakusho means ‘government office.’ While at acting school he met actress Saeko Kawatsu whom he soon married in 1982. He picked up stage roles, moved to a TV serial on Japan’s national broadcaster NHK in 1983 and had his first major break playing a mostly silent role in the avant-garde food drama Tampopo. Koji has collaborated with director Kurosawa Kiyoshi several times, won the Best Actor Award at the Japanese Academy Awards more than once and been nominated for it and other awards even more often. He directed Gaman No Abura in 2009.