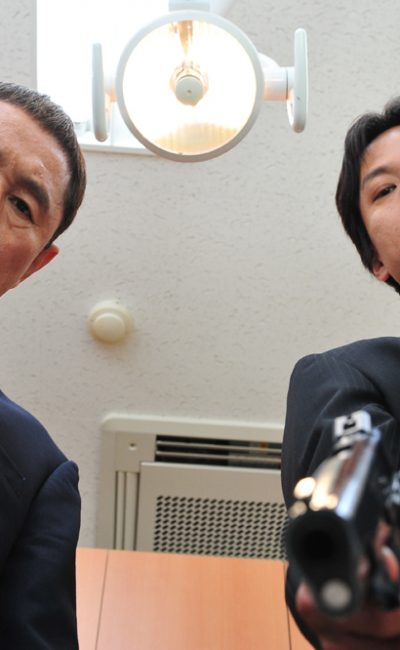 An actor’s actor whose versatility allows him to deftly assume a wide range of characters, Shiina’s first true breakthrough performance was in the 1993 film A Night in Nude (1993) opposite ‘Jinpachi Netzu’. His portrayal of a young yakuza enamored with his boss led to a Best New Actor Award at the 9th Takasaki Film Festival. Since then Shiina has kept busy with regular roles in television dramas, further filling out his burgeoning filmography with lead film roles and the infrequent return to his roots in live theater. Shiina has largely managed to keep his private life private, which is quite a feat in a country with particularly overzealous paparazzi. The actor declines to talk much about himself in interviews, citing that his personal life is largely irrelevant for audiences that should be occupied with his characters instead. According to an interview with Yomiuri Shinbun, however, we do know that he was once quite the soccer player, with presumably enough talent to match his aspirations to play in Japan’s professional league. When he attended Aoyama Gakuin University, though, he fell in love with acting and that was that. Also, according to the folks at his artist management firm, Humanite, he’s talented in the boxing ring. For those who do want little smidgens of insight from the usually private actor, he does have his own personal homepage (www.kippei.net). It is pretty bare bones and unpolished, with only occasional notes from the man himself, but these days it’s fun to see a website that’s not overproduced or pretentious.