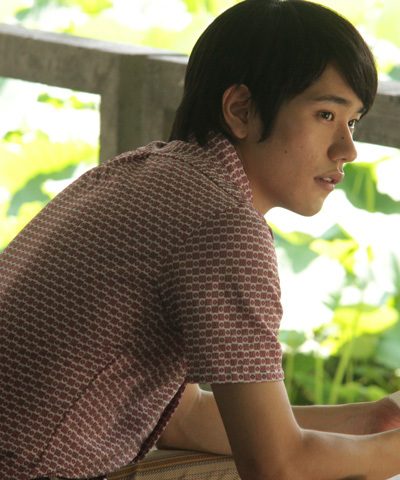 Kenichi Matsuyama was born in Mutsu, Aomori Prefecture. In 2001, Matsuyama started his career modeling and the following year made his debut as an actor landing a small role in the NTV drama Gokusen (2002). In 2003, Matsuyama made his film debut in a supporting role in Bright Future (2002). His major breakthrough was in 2006 with Matsuyama’s performance as “L” in the Death Note film franchise. Subsequently, he was nominated for several awards, winning in 2006 the Hochi Film Awards for Best New Actor and in 2007 the Japan Academy Award for Best New Actor and Yokohama Film Festival Award for Best New Talent. Since then Kenichi has performed in a variety of different character driven roles. As of 2010 Kenichi Matsuyama won the Takasaki Film Festival award for Best Actor and 64th Mainichi Film Awards for Best Actor. He is with Horipro Talent Agency.