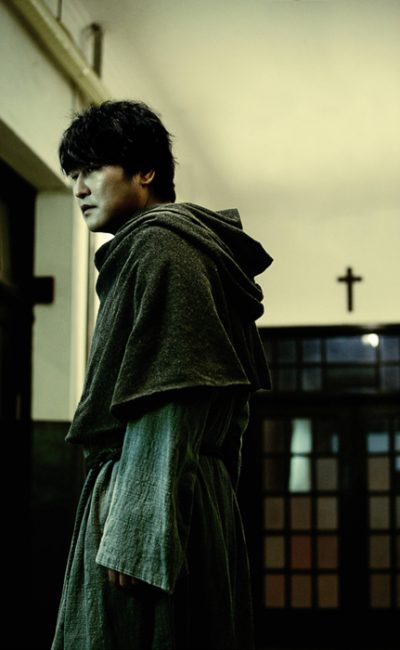 Song Kang-ho never professionally trained as an actor, beginning his career in social theater groups after graduating from Kimhae High School. Later, he joined Kee Kuk-seo’s influential theater company with its emphasis on instinctive acting and improvisation, which proved to be Song’s training ground. Although regularly approached to act in films, he always turned down the opportunity until taking a role as an extra in Hong Sang-soo’s Le jour où le cochon est tombé dans le puits (1996). In the following year, after portraying one of the homeless in Sun-Woo Jang’s docu-drama Timeless Bottomless Bad Movie (1997), he gained cult notoriety for his scene-stealing performance in Neung-han Song No. 3 (1997) as a gangster training a group of young recruits, winning his first Best Actor award. Since that time he was cast in several supporting roles before his high-profile role as Suk-kyu Han’s secret-agent partner in Je-kyu Kang’s blockbuster thriller Shiri (1999). In early 2000, Song became a star with his first leading role in the box office smash The Foul King (2000), for which he reputedly did most of his own stunts. But it was with his award-winning role as a North Korean sergeant in Joint Security Area (2000) that Song has come to the forefront as one of Korea’s leading actors. Song also starred in Chan-wook Park’s Sympathy for Mr. Vengeance (2002), which centers around a father’s pursuit of his daughter’s kidnappers. In 2002 Song starred in another major production by Myung Film titled YMCA Baseball Team (2002), about Korea’s first baseball team, which formed in the early 20th century. He came to international attention with the film The Host (2006), which reunited him with director Joon-ho Bong. With Snowpiercer – le transperceneige (2013), his third collaboration with Bong, he made his debut in an English-language film with international theatrical distribution. In 2015, Song Kang-ho works on ‘The Throne’, a period drama of palace intrigues par excellence and whose film is nominated that year for best non-English-language film and costumes at Satellite awards. Already in 2016 he makes his fourth collaboration with Korean director Kim Jee-woon and is none other than the critically acclaimed film “The Empire of Shadows.” A period drama with a background of espionage intrigue with a very good technical bill.