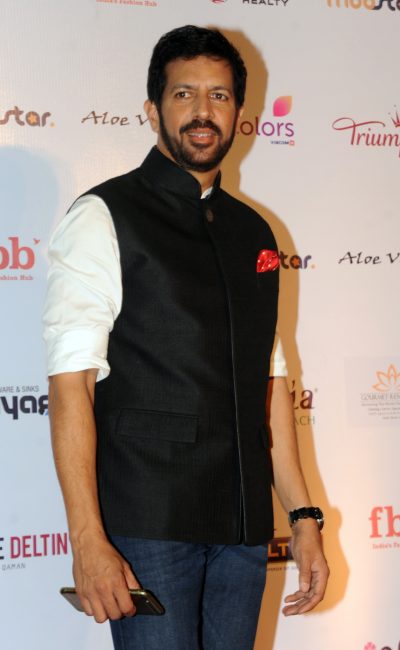 Kabir Khan is presently one of the most sought after Bollywood directors. His beat of cinema is very different from the rest of his league. He comes from documentary style of film making. He is known for his brilliant cinematographic skills. He graduated from Delhi University’s Kirori Mal College. He was first noticed for his cinematography in the reputed documentary “Beyond the Himalayas” which released in 1995. The documentary earned significant popularity, and went on to be telecast in Discovery channel too. This movie was directed by the veteran director Gautam Ghose. He made his directorial debut with another famous documentary film “The Forgotten Army” in the year 1999. This documentary was based on Netaji Subhas Chandra Bose’s role in the Indian Freedom Struggle and his Azad Hind Fauj, also popularly known as the Indian National Army. In 2001, Kabir Khan came up with his brilliant work in films like “Taliban years and Beyond” and “The Titanic Sinks in Kabul”. His work and interest on the Taliban and Afghanistan was the cue why he made a film like “Kabul Express” for mainstream Bollywood cinema in the year 2006. The movie performed averagely but he was noticed for his obviously nascent cinematic style. In 2009, he worked on the movie “New York” which dealt with a topic as sensitive as Islam and Terrorism. Set in the backdrop of 9/11, this movie goes on to talk about the other side of the 9/11 story when Americans retaliated to the attack rather ridiculously. The film fared decently at the box-office. In 2012, he came up with the blockbuster hit of the year so far, “Ek Tha Tiger”. The movie stars Salman Khan and Katrina Kaif, and was scheduled for a Eid release which garnered in a great deal of its audience. The movie has been doing very well. The critics have signed off Kabir’s previously journalistic style of directing. It seems to have withered away the Bollywood way under the Yash Raj Films Banner. Trade Analysts still confirm he has merely deviated from his style of work but not lost his previous charm at all.