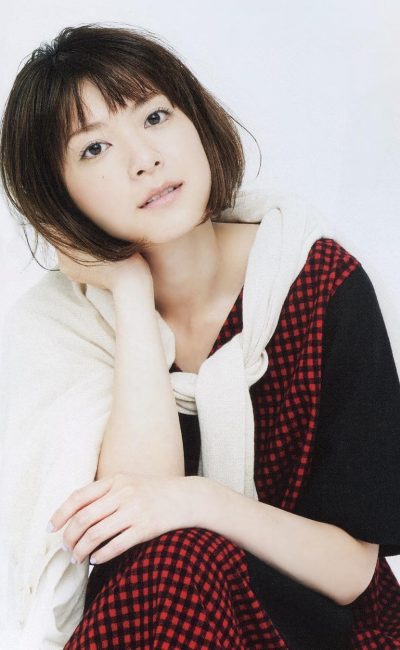 The boyish Ueno Juri was born in Kakogawa, Hyogo Prefecture in the Kansai region of Japan. Her mother died while Juri was at junior high school. She was athletic at elementary school and also had piano lessons. She began wearing contact lenses at junior high school. She applied to become a model for a fashion magazine, but failed in the year 2000. The agent, however, kept her on. This agency was called Will and later would become part of Amuse. She did commercial work for P&G in 2001. She began acting in the year 2000, but came to the public’s attention five years later when she appeared in the popular Swing Girls movie. She had thought about becoming a singer, but had taken her mother’s advice to try acting earlier. Her role garnered her the Newcomer Of The Year prize at the Japanese Academy Awards. She actually can play the saxophone and had had lessons since childhood. She was further popular a year later when she was cast and appeared in the TV serial version of the Nodame Cantabile manga series, which was based on the relationship of novice Classical musicians. Her role won the Best Lead Actress price at the 51st Television Drama Academy. The serial was a major commercial success, which naturally meant the role would be reprised several times. These were not her last awards. The press chimed in with Vogue Japan naming her one of its females of the year for 2008. Another monetary success was 2013’s Girl In A Sunny Place, which was also based on a novel. She acted in a South Korean film in 2015. Ueno married Triceratops musicians Wada Sho on 26.05.2016. They had been dating for nine months. Her older sister is singer and adult model Ueno Mana. Her oldest sister is a DJ called Saori. She is managed by the Amuse Agency and does corporate advertising for things like construction companies. She likes music, cooking (prefers fish) and playing the saxophone.