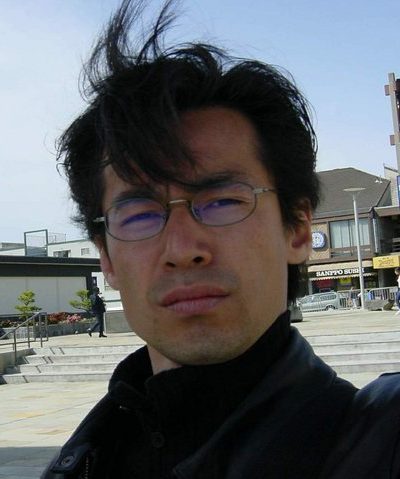 John H. Lee’s films are imbued with top-notch cosmopolitan sensibilities. He has become one of the most sought after directors in all of East Asia and is a member of the rising generation of international directors from the region, having both a distinct voice as an auteur and wide commercial appeal with diverse genres of films. Born in Seoul, Korea, Lee moved to the U.S. at the age of 12. Upon graduating from the film school at New York University, Lee made his feature debut with “The Cut Runs Deep,” a poetic independent film about East Asian youth gangs in New York City. After running the festival circuit around the world, “The Cut Runs Deep” was released in Korea in 2000 and instantly became a cult classic. Since his successful debut, Lee has directed numerous international music videos and T.V. commercials in East Asia and Europe, eventually opting to move his residence back to Seoul in search of his spiritual roots. In 2004, Lee directed his second feature film, a love story, entitled, “A Moment to Remember”. It was Lee’s first Korean-language film; a passionate, psychologically complex, and emotionally charged story about a man and a woman, two star-crossed lovers, separated by the slow loss of the woman’s memory. “A Moment to Remember” instantly became the highest grossing domestic film in the romance genre in the history of Korean cinema. Subsequently released in Japan the following year, “A Moment to Remember” has become the most successful Korean film ever in Japan, a record that still stands. “A Moment to Remember” is considered by many to be a romance masterpiece, standing above all other romantic films in East Asia. After a long search for projects to expand his horizons, John H. Lee next took on an experimental challenge, his third feature film, titled “Sayonara Itsuka,” based on a Japanese novel of the same title. It was wildly innovative in that he made a flawless Japanese-language film with top Japanese actors, utilizing the best Korean film crew. Some thought it couldn’t be done, or at least, couldn’t be done well. Lee didn’t speak Japanese, and the production proved to be very arduous and difficult in every aspect, but when the movie was finally released in Japan in 2010, it blew the audience away with a passionate telling of a lost love that spans 25 years. The Japanese audiences were shocked by the beauty and scale of the film, and it was yet another critical box office hit in Japan. For his fourth opus, John H. Lee took another surprise turn. It was a historical Korean War epic, titled “71/ Into the Fire,” based on a true story about a group of 71 student soldiers fighting to protect a school during the outset of the “forgotten” Korean War in 1950. Lee took another step towards a new frontier when he accepted an invitation to helm a Chinese film, “The Third Way of Love”, based on a best-selling novel in China, a love story between a wealthy corporate heir and a beautiful, but recently divorced lawyer. Lee also recently saw box office success in Korea with “Operation Chromite”, a true story about an intel-warfare between South and North Korea during Korean War. Aside from starring A-list Korean actors such as Lee Jung Jae and Lee Bum Soo, “Operation Chromite” also received lots of attention for being the first Korean film to cast an A-list Hollywood actor in a prominent role. Liam Neeson delivers powerfully as General Douglas MacArthur in this intense film about the military operation that was decisive in turning the tide of the Korean War. John H. Lee is represented by C.A.A.