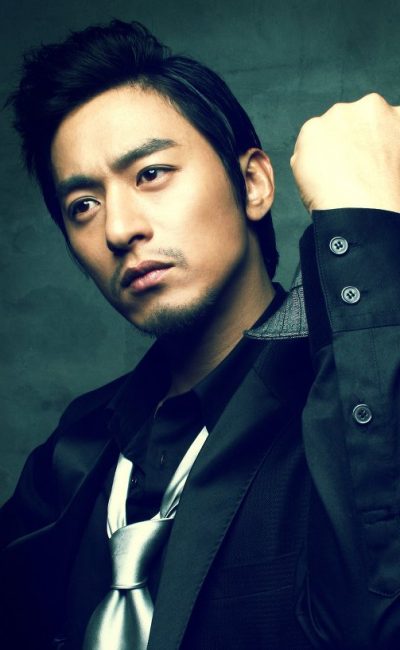 Jin-mo Ju first became interested in acting when he watched Richard Gere in “Officer and a Gentleman” at the age of ten. After graduating from Koyang High School, Ju entered the Incheon National University as a physical education major. Ju then entered South Korea’s mandatory military service. After leaving the military, Ju pursued a job in civil service spending most of his time at the library studying for the civil service exam. It was during this time when a relative connected to a modeling business suggested that Ju take photos for a modeling job to make some extra cash. After landing several modeling gigs, Ju was cast as an extra in a Bacchus Energy Drink commercial in 1997. The original lead actor had difficulties on the set and Ju was selected by the director on set during filming to star in the commercial. Ju was then told by the director that he had a great voice and that he should become an actor. Ju then decided to pursue acting professionally, he worked backstage at a theater handing out pamphlets and closing the curtains; eventually Ju became a member of the theater company and his training as an actor began. It was also during this time that Ju was able to see and be inspired by the legendary South Korean actor Min-sik Choi when Choi performed on stage at the theater company. In 1999, Ju made his film debut as the lead in Dance Dance. His next role catapulted Ju into instant stardom when he was cast alongside Min-sik Choi and Do-yeon Jeon in the erotic thriller Happy End. In 2000, Ju’s role in Happy End earned him the best supporting actor award at the Grand Bell awards-the Korean equivalent of the Academy Awards. His third role was in 1999’s TV mini-series Sad Temptation about a young homosexual man. For this role Ju earned a nomination for the 36th Baeksang Arts Awards as the best new actor. Ju then immersed himself in Kim Ki Duk’s experimental film Real Fiction. In 2001, Ju was cast as Choi Jung in the big budget historical action film Musa alongside Korean Super star Woo-sung Jung and Chinese actress Ziyi Zhang. After completing the film Wanee & Junah in 2001, Ju faced difficult times professionally. His next two lead roles in films were cancelled due to a lack of funding. Ju then took a series of roles on television series; he starred in Punch, Bichunmoo, Fashion 70’s, and the Queen of the Game. His next two film roles were in the comedy Liar and 200 Pounds Beauty-which became a box office hit. Ju’s next film role was in 2007’s melodrama Sarang for which Ju achieved great critical success. The role in Sarang also garnered Ju two awards at the 28th Blue Dragon Film Awards as Best Actor and for Popular Star. In 2008, Ju starred in Ha Yoo’s A Frozen Flower. Ju’s emotionally complex and powerful performance as the love torn King in the historical drama earned Ju critical success and a box office hit. At the 45th Baeksang Arts Awards, Ju received the best actor award for A Frozen Flower beating out the veteran Korean film actor Kang-ho Song. In 2010, Ju starred in A Better Tomorrow, a remake of John Woo’s 1986 smash hit of the same name. In 2012 Ju starred in the historical film Russian Coffee. In 2013, Ju starred alongside popular Korean actress Ji-Won Ha in the historical TV series Empress Ki and also in 2013, Ju starred in Kyung-Taek Kwak’s gangster film Chingu 2.