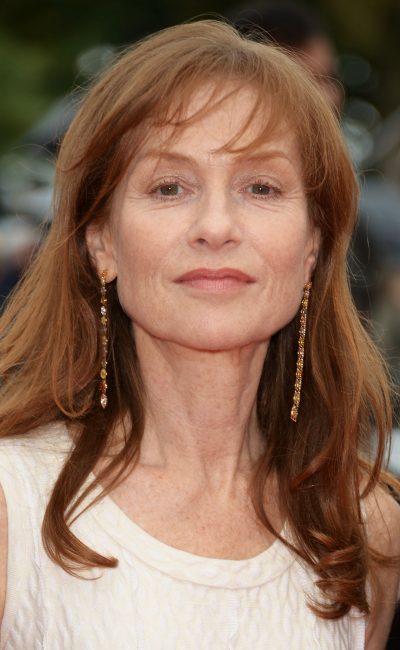 Isabelle Huppert was born March 16, 1953, in Paris, France, but spent her childhood in Ville d’Avray. Encouraged by her mother Annick Huppert (who was a teacher of English), she followed the Conservatory of Versailles and won an acting prize for her work in Alfred de Musset’s “Un caprice”. She then studied at the Conservatoire d’Art Dramatique and followed an illustrious theatrical career, which includes Ivan Turgenev’s “A Month in the Country”, Euripides’ “Medea” (title role) etc. She made her movie debut in 1971 and soon became one of the top actresses of her generation, giving fine performances in important films, like Claude Goretta’s The Lacemaker (1977), as a simple-minded girl who falls in love with – and is betrayed by – a student, Jean-Luc Godard’s Every Man for Himself (1980), as a prostitute, and Maurice Pialat’s Loulou (1980), as an upper-class woman who is physically attracted by a young vagabond. She made an inconsequential US debut in Otto Preminger’s Rosebud (1975) before playing a brothel madam in Michael Cimino’s disastrous Heaven’s Gate (1980), but she fared better in Curtis Hanson’s The Bedroom Window (1987) (as an adulteress who witnesses an attack). Huppert has an extremely productive collaboration with Claude Chabrol, who cast her in several movies, including Violette (1978), in which she played a woman who murders her parents, and Story of Women (1988), in which she gave an excellent performance as a shameless abortionist, the last woman to be executed in France. More recent good films include Patricia Mazuy’s Saint-Cyr (2000) and Michael Haneke’s controversial The Piano Teacher (2001), as a sexually repressed piano teacher.