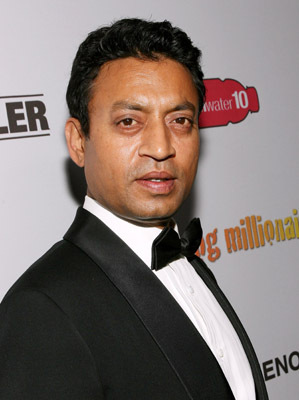 Acclaimed by the critics and the entire world as one of the best actor of his times Irrfan Khan hails from India. Born and brought up in Jaipur into feudal Nawab family, though had no one from the entertainment field in the family, his passion was acting since childhood.While he was doing his masters he earned a scholarship to study at the premium institute National School of Drama (NSD) in New Delhi. An actor at par excellence, who has carved his own path by defying the conventional paths in Indian entertainment industry. Changing the rules of the Hindi film industry he has been able to redefine heroism in Hindi cinema. His kind of films has made youngsters in India come back into cinema looking for an alternative entertainment and seeking more from cinema then given usually. Having a body of work of more then eighty films in India, he has a remarkable list of films which embarked the beginning of a new definition of entertaining cinema in India. Paan Singh Tomar, Haasil, Life In A Metro, Maqbool, The Lunchbox, Piku and Talvaar. In the west he has many films like The Namesake (2006), New York, I Love You (2008), A Mighty Heart (2007), The Darjeeling Limited (2007), The Amazing Spider-Man (2012), Life of Pi (2012), and Jurassic World (2015) as well as in the HBO series In Treatment (2008). Also, his two upcoming international projects: Dan Brown’s Inferno (2016) and a Japanese American TV series. He has won three Filmfare Awards, a Screen Actors Guild Award, and an Independent Spirit Award nomination in 2011. The actor has received a national award for best actor award in 2012 for his film Paan Singh Tomar, he became a recipient of the Padma Shri, the fourth highest civilian award in India.