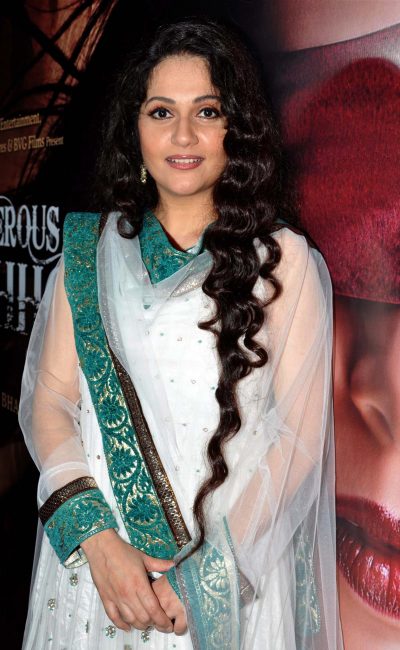 Gracy Singh is a unique combination of star quality and a girl next door appeal. With amazing hits to her name, she has carved a name for herself in the field of acting and dance. She is known for her amazing roles in Lagaan, Munnabhai M.B.B.S, Armaan and Gangajaal. Gracy is equally committed to her spiritual quest. As a member with the Brahma Kumaris, She is a much loved and respected by the BK family. Born and brought up in Delhi, in a traditional Sikh family; Gracy’s passion for acting and dance goes back to her school days. She started taking Bharat Natyam lessons during her vacations, while studying at Manav Sthali School. Finishing school in the mid-nineties, she joined a dance troupe called “Planets” and started performing on stage, simultaneously pursuing her graduation in Arts. Around this time, she also traveled to Bombay for a few modeling assignments, ad films and dance shows. In 1997 came the break, when she tested successfully for the TV serial ‘Amanat’. Television became Gracy’s real school for acting, where she developed gradually as an actress. The success of the serial gave Gracy the right platform. In 2001, she endeared herself to movie audiences in her first leading role as Gauri in Oscar nominated film Lagaan alongside Aamir Khan . She won the viewers with her rustic looks and a neat performance in the celebrated film. Gracy’s soft and endearing personality went in her favor and she became the part of the film that created history.The year 2003 marked the release of three of her films ‘Armaan’, ‘Gangajaal’ and ‘Munna Bhai MBBS’. MBBS was another super hit film. Gracy turns out to be the actress with best ratio of hits to her credit. With a few successful films under her belt, Gracy accepted more offbeat roles. Gracy also became an accomplished classical dancer. She performed her first theater project “Radhika” (Dance Drama) in 2006.More substantial roles followed, she got few successful films to her credit in regional language such as “Santosham” (Telugu), “Loudspeaker”(Malyalam) and “Rama Rama Krishna Krishna”(Telugu). She also starred in Punjabi films such as “choodiyan”. Gracy formed her Dance Troupe in 2009 and involved herself in creating stage performance, depicting the rich cultural heritage of India, to show women in a better light, etc. She is equipped with technical skill and full of innovative ideas. Everyone who has seen Gracy perform is struck by her unique thought process and fresh approach to dance. While deeply rooted in tradition she has evolved her own individual style.