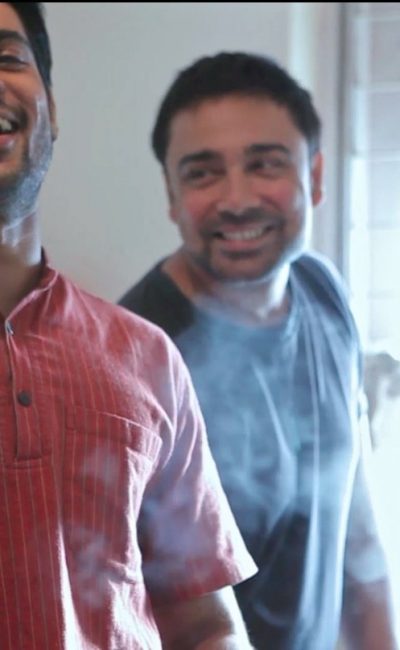 Life was a regular affair till Gaurav Dwivedi packed in an Engineering Degree into his academic life. He decided to pursue his Masters in Australia but realized soon enough that his interests lay elsewhere. He returned to Delhi and became an RJ for Red FM, also hosting programmes for the All India Radio. If that wasn’t enough exploration to cope with he cleared Ftii, Pune and changing the course of his life set on to become an actor. In Ftii, Ketan Mehta spotted his grit in a play, where he had the opportunity to brew a range of emotions and cast him as Raja Ravi Varma’s younger brother in Rang Rasiya. The journey continued with Inkaar, Gora, Manjhi The Mountain Man, Still Voices and Yari Road bringing in acclaim both in the Industry and Festivals across the world. Commercials have favored him as the quintessential evolving Indian husband to a sensitive father. Gaurav Dwivedi is still as eager as before awaiting the release of Manjhi and Toba Tek Singh consecutively. Ask him to define his journey as an actor he owes it to his kid like excitement and an urge to express himself. He likes reading,writing and following various Sport Tournaments across the Globe.