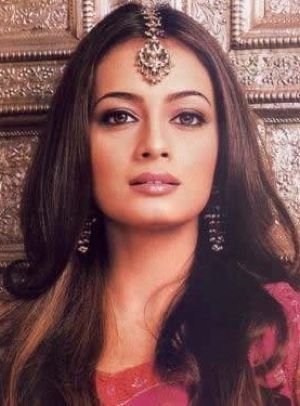 Dia Mirza was born on 9th December in Hyderabad, Andhra Pradesh. Born to a Bengali mother, Deepa, and a German father, Frank Handrich, she grew up imbibing the value of different world views. Having studied at J Krishnamurti School, where students get educated not by rote, but by resolute guidance to be free of social conditioning, Dia learnt to explore her many different facets from a young age. From being an assiduous reader to painting, dabbling in professional photography to adventure sports, she took to it all. She valued financial independence and so she worked towards it from a relatively early age of 16 while continuing her education. With her looks, advertisement offers started pouring in. Shooting for known brands like Lipton and Walls Ice Cream gave her the confidence to dive deeper and participate in a beauty pageant that would go on to transform her fate. Armed with the winning combination of beauty with brains, Dia stormed through the Miss India Contest and thereafter the Miss Asia-Pacific Pageant, winning the coveted title for India, after a wait of 29 long years. The win made her an overnight sensation back home in India. But Dia isn’t one to rest on her laurels. She began training to be an actor in the Hindi Film Industry by attending theatre workshops conducted by the acclaimed director Feroz Abbas Khan. She soon transitioned into movies and debuted with Vashu Bhagnani’s Rehnaa Hai Terre Dil Mein, a movie is counted amongst India’s most successful and loved Romantic Dramas. In the last decade, Dia has appeared in several successful films, including the blockbuster Munnabhai series, Parineeta, Honeymoon Travels Pvt. Ltd. and many more. In 2012, she forayed into regional cinema with Bengali Filmmaker Pratim Dasgupta’s, Paanch Adhyay. The film didn’t just see success in India, but was also screened by various Film Festivals across the world. In the same year, Dia also added a new dimension to her cinematic career, by turning producer along with writer-director and now husband, Sahil Sangha to form Born Free Entertainment. The couple have successfully produced two acclaimed films, ‘Love, Breakup, Zindagi’ and ‘Bobby Jasoos’ under their banner. Dia’s footprints though, go way beyond Films and far into the ethics of Conservation. She is a highly active and effective voice on Nature Conservancy in the country today. Besides being the Ambassador for the Swachh Bharat Mission’s “Swachh Saathi” program, she is also the ambassador for Sanctuary Asia’s Tiger Conservation program, the Co-founder of Wildlife Trust of India’s Club Nature and the face of many pivotal environmental campaigns including NDTV’s Greenathon, Cleanathon and Save the Tigers. Organizations such as the Genesis Foundation, PETA, The Cancer Patient’s association, ADAPT and the Concern India Foundation have greatly benefited from her close association with them. Apt to say then, that Dia is an extremely socially conscious and responsible actor, using the reach of her celebrity to make a real difference to causes that need championing in India and around the world.