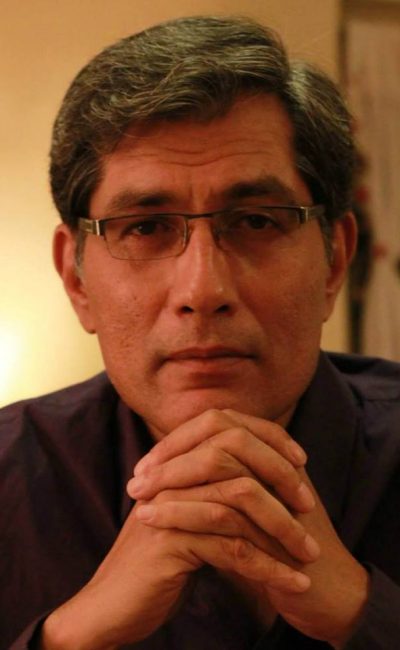 Denzil Smith is a versatile Anglo-Indian actor, known for playing the role of Jinnah in Viceroy’s House (2017), Brahman Naman (2016), The Lunchbox (2013), The Best Exotic Marigold Hotel (2011) and The Second Best Exotic Marigold Hotel (2015) and the television series P.O.W. Bandi Yuddh Ke (2016-17). Based in Mumbai, Smith began his acting career on stage in 1988 with Pearl Padamsee’s Les Liaisons Dangereuse where he first worked with Naseeruddin Shah and Ratna Pathak. He became a member of Shah’s Motley Productions, for which Smith played the role of Lucky in Samuel Beckett’s Waiting for Godot, Herman Wouk’s The Caine Mutiny Court-Martial, Beckett’s Endgame, The Odd Couple and several other productions. By 1998, he began working extensively with Lilette Dubey’s PrimeTime Theatre in productions such as On a Muggy Night in Mumbai, Zenkatha, Sammy, August: Osage County and “Gauhar” about the life of Gauhar Jaan. These plays toured both India and various cities in North America, UK and Europe, South-East Asia and Australia. Smith also played key roles in numerous other productions such as Jawaharlal Nehru in Letters to a Daughter from Prison (directed by Vijaya Mehta), Jesus in Jesus Christ Superstar in Toronto, Vali and Vibishan in The Legend of Ram, Judge Brack in Hedda Gabler, and the solo performer in four monologues written and directed by Zubin Driver in Mumbai vs Mumbai. In 2007, Smith joined All Star Artists for the Broadway style musical production The Merchants of Bollywood – written and directed by Toby Gough and choreographed by Vaibhavi Merchant – in the lead role of the grandfather, Shantilal, and then later a double role of narrator and the sleazy Bollywood director Tony Bakshi. There were 600 shows between 2007 and 2009 in the UK, Europe and Malaysia. He reprised his role for a run in the UK and Lebanon in 2016. Then in 2017, Smith re-joined director Toby Gough, choreographer Shruti Merchant and team as the voice of Raj Pakoda in the light-hearted dance musical Taj Express.