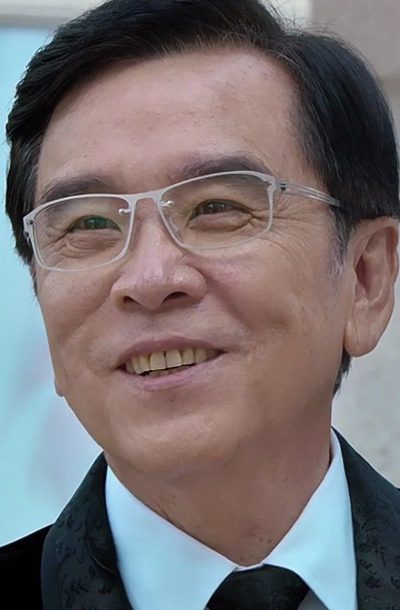 David Chiang was born in Suzhou, China on June 29, 1947. His mother Hung Wei and father Yim Dut were very popular movie stars. Young David began his acting career at a very early age, appearing in black & white films while he was only 4 years old. “John” is David’s real English name, while “David” was a stage name given to him by Director Chang Cheh. In 1966, while working as a Stuntman and Fight Instructor for the acclaimed Shaw Brothers Studio, he was spotted by Director Chang Cheh. The Director immediately saw potential & screen presence in the young actor & took David under his wing, slowly grooming him. The pair got along like father & son. With Wang Yu’s sudden departure in 1969, Run Run Shaw and his senior executives were searching for their next leading man to take the reins to satisfy the frenzy left from the departed Wang Yu. The movie impresario made David an offer he could not refuse. With the guidance of Director Chang Cheh, David won “The Best Actor” Award at the 16th Asian Film Festival in 1970 for his role in “Vengeance!”. In 1972, at the 18th Asian film Festival, David was awarded “The Best Actor” for his role in “Blood Brothers” & “The Most Contemporary” Award in 1973 at the 19th Asian Film Festival for “The Generation Gap”. David left Hong Kong with his mentor Chang Cheh and set up an Independent Production Company in 1973 known as Chang’s Scope Company. With the backing & blessings of Run Run Shaw, their films continued to be distributed through an enormous Shaw circuit. There, David was able to try his hand at directing, producing and script writing. As the 70s came to an end and the 80s approached, David continued to work his magic on the silver screen working with Directors Lee Han Chiang, Hsueh Li Pao, Ho Meng-hua and Chia-Liang Liu. 1980 was also the start of his first TV series “The Green Dragon Conspiracy”, followed by “Princess Chang Ping” and “Dynasty” which are all classics. In the mid 80s, David worked alongside his two brothers, Paul Chun & Derek Yee, directing, producing and acting in the comedy “Legend of the Owl”. David’s talents in comedy also was showcased in the movies “The Challenger” and “The Loot” directed by Eric Tseng . In late 80s into the 90s David successfully directed movies: “Heaven Can Help”, “Silent Love”, “The Wrong Couples”, “Mr. Handsome”, “Double Fattiness”, “My Dear Son”, “Will of Iron” and “Mother of a Different Kind” . In 1991, David and his family emigrated from Hong Kong to Vancouver, Canada, returning to Hong Kong to make one or two TV series each year. As 2000 approached, David has continued to work in movies & TV series. He was nominated for “Best Supporting Actor” in 2006 for his role in “Revolving Doors of Vengeance”. With over 4 decades under his belt, David is indeed an icon and a legend and is well regarded as one of Kung Fu’s top action heroes.