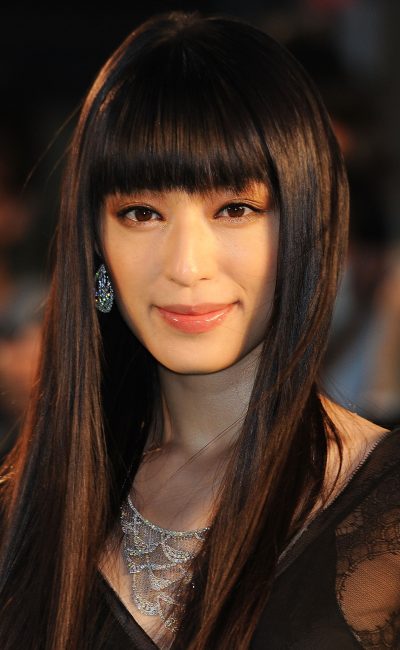 Chiaki Kuriyama was born in Tsuchiura, Ibaraki. Kuriyama was a popular model during Japan’s child model boom in the mid-1990s. In 1997, she appeared in the photobooks Shinwa-Shojo (Girl of Myth) and Shojokan (Girl’s Residence), photographed by Kishin Shinoyama. Shinwa-Shojo became a best-seller but, as it contained some nudity, was discontinued by the publisher in 1999 after the institution of new anti-child pornography laws. She also posed as a model for the child fashion magazines Nicola (1997-2001) and Pichi Lemon (1996-2001).