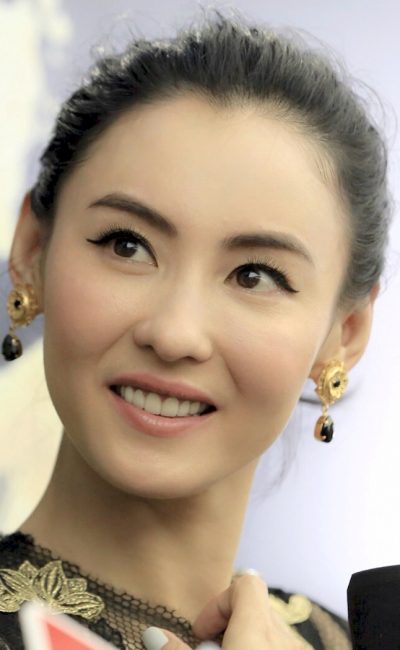 Cecilia Cheung (Cecilia Cheung Pak-Chi) was born in Hong Kong to a Cantonese father and a half Cantonese-half British mother. Her parents divorced when she was little after which she was sent to Australia for studies. She graduated from RMIT Holmes College. Her career began in 1998, when she was offered to appear in a TV commercial advertising lemon tea. She caught the attention of Stephen Chow after shooting the ad. Later, Cheung made her film debut as a young nightclub hostess in Stephen Chow’s King of Comedy (1999), followed soon after by Fly Me to Polaris (1999). The latter role earned her the award for Best Newcomer at the Hong Kong Film Awards. In the same year, Cheung launched her singing career with her first Cantopop album Any Weather (1999). For Derek Yee’s romantic drama Lost in Time (2003), Cheung won the award for Best Actress at the 2004 Hong Kong Film Awards. She played a young woman who lost her fiancé to a traffic accident which left her as a grieving single mother struggling to make ends meet.