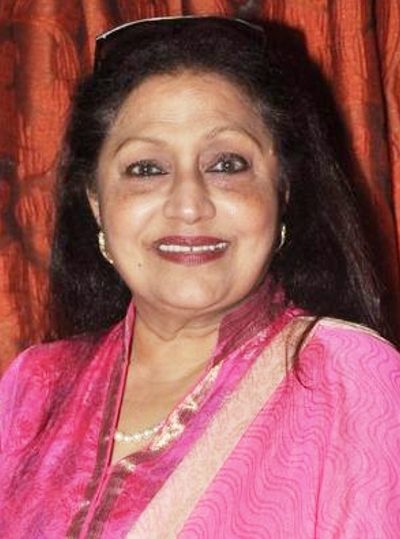 Bindu was born on April 17th in the Gujerati-speaking Desai family, consisting of her film producer dad, Nanubhai, and stage actress mom, Jyotsna. Due to her Bollywood connections she was able to find a niche in movies as early as 1962 with ‘Anpadh’ in which she plays the ‘well educated’ daughter of an ‘illiterate’ Mala Sinha. But the real meaty and negative role came her way with ‘Do Raaste’ in which she plays the wife of Prem Chopra, and the movie that type-cast her in as a vamp was ‘Kati Patang’ with ‘Meraaa Naam has Shabnam, Pyar Se Log Mujhey Shaboo Kahete Hain…’ in which she belittles and then blackmails Asha Parekh – a song that is still popular and has also been remixed. Quite unlike her screen characters, Bindu’s life was not an easy one, especially at the age of 13 when her dad passed away, leaving the onus on her to fend for the rest of the Desai family. She got married to Champaklal Zaveri, who supported her talents and encouraged her to continue to act in movies. She has acted in over 160 movies in a career that spanned from 1962 through on to the 2004 hit ‘Main Hoon Na’. Bindu is now a Bollywood legend, a vamp, a character actress, a stern mother-in-law, a dancer, a singer, a seductress but above all – an excellent actress.