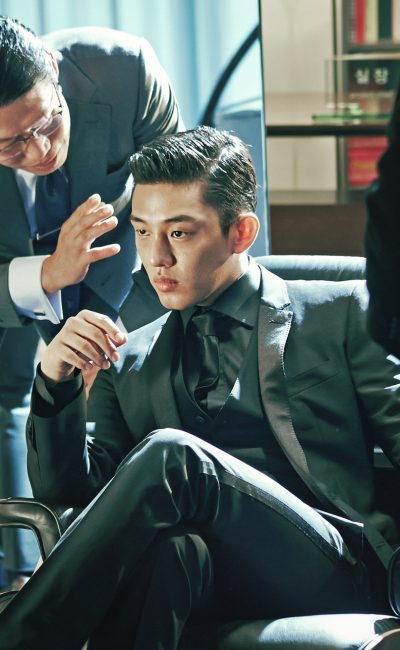 Yoo Ah-in is a South Korean actor and creative director. He has built a unique filmography that distinguishes him from other actors of the same age, playing a series of impressive characters in films and TV series. Not only is he known as an icon of youth in Korea, but also he has made remarkable achievements in numerous industry awards. Yoo is representing his generation by focusing on the growth of the characters he portrays, which is leading him to gain applause from the public. Yoo was born Uhm Hong-sik on October 6, 1986, in Daegu, South Korea, the youngest of three children. In the first year of high school majoring in arts, he was discovered by a casting agent in front of the school and came up to Seoul by himself to attend auditions. In 2003, Yoo made his debut in a TV commercial for noodles. Then he started to appear in teen-series Sharp (2003) and garnered a huge popularity from teenagers. After that, however, he halted his activities for one year to think about his identity and the path of acting without being influenced by popularity. Returning with independent film Boys of Tomorrow (2006) and family-comedy Skeletons in the Closet (2007), he attracted a lot of attention of critics and viewers as a promising newcomer. Also, he had played various roles across films and TV series, such as a lonely assassin in Strongest Chil Woo (2008), a patisserie aspirant and former boxer in Antique (2008), a young assistant at the architectural office in The Man Who Can’t Get Married (2009), and a pizza delivery man in Sky and Ocean (2009). In 2010, Yoo rose to prominence when he starred in Sungkyunkwan Scandal (2010), creating a syndrome called ‘Geol-oh Love Sickness’, which earned him praise as a unique actor in his generation. He was then cast in the coming-of-age film Punch (2011), met with critical and commercial success. This was followed by the first nomination for Best Actor in his career. Since then, he had gone on to star in a wide spectrum of works, including Fashion King (2012), Jang Ok-jung, Living by Love (2013), Tough as Iron (2013) and Thread of Lies (2013). In 2014, Yoo played a genius pianist who falls in love in melodrama Secret Love Affair (2014), where he actually played the piano. His performance was much appreciated by musical performers, critics and audiences. The next year, he achieved considerable critical and public acclaim for his brilliant portrayals of both the villain in big-hit action film Veteran (2015) and a tragic prince in historical film The Throne (2015). This also led to gaining wider recognition as an established actor when he acted the protagonist in 50 episodes of Six Flying Dragons (2015) for six months. During this period, as he gained a huge popularity and received various accolades, the media called this phenomenon ‘Ah-in Era’. Especially, he won the Best Actor award in the Blue Dragon Film Awards, which means that he is the first actor to win in this category under 30 in fifteen years. Later, he took a shot to romantic comedy in the ensemble film Like for Likes (2016). The following year, he starred in fantasy TV series Chicago Typewriter (2017), where he played the double roles of a 2017 renowned writer and a leader of a resistance group in mid-1930s. Yoo will also feature in Lee Chang-dong’s film Burning (2018), scheduled for release in 2018. Yoo is the one of the few actors who courageously express their own opinions about political and social issues in the Korean entertainment industry. This allowed him to acquire an unconventional image of an artist who is questioning the world and the youth who is constantly seeking answers. He is also interested in the welfare of children and adolescent, such as writing a public letter to encourage participation in donation or creating the fund named after him, and holding the charitable campaigns through his art studio. He has written poems personally and contributed articles to magazines. In addition, he is known as a fashionista and has caused a great sensation with the design of combination of Korean and English. In particular, he is a creative director of an art group and open gallery called Studio Concrete. Yoo is trying to capture the spirit of the times, displaying various exhibits and improving access to the arts for the public.