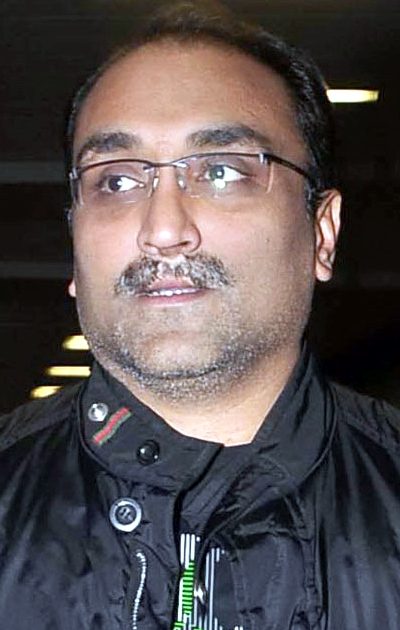 The elder son of veteran filmmaker, Yash Chopra & Pamela Chopra, Aditya was born in the year 1971. Since childhood, he was an ardent film buff.His film career started off as an assistant to his father in ‘Chandni’ (Chandni – 1989), ‘Lamhe’ (Moments – 1991) and ‘Darr’ (Fear – 1993) At the age of 23, Aditya Chopra directed his first film,’Dilwale Dulhania Le Jayenge'(The Brave-Hearted Will Take Away the Bride).Known to the world by its acronym, DDLJ, released on 20th October 1995 and created a landmark in Indian cinema. He was responsible for the story, screenplay and dialogue in addition to direction. He won every conceivable award for this film, including the coveted National Award. On the 12th December 2014, Aditya Chopra’s directorial debut, completed 1000 weeks at Mumbai’s Maratha Mandir Cinema, becoming the longest running film in the history of Indian cinema. His second film as a director was ‘Mohabbatein’ (Love vs. Fear – 2000) starring Amitabh Bachchan and Shah Rukh Khan. In the year 2004, Aditya Chopra donned the role of a producer and created ‘Hum Tum’ (U n I) and ‘Dhoom’ (Blast), both of which gained critical and commercial success. That year, he also co-produced and wrote the story, screenplay & dialogs of ‘Veer-Zaara’ (Veer and Zaara) – directed by Yash Chopra and once again was the biggest grossing film of the year. With ‘Kabul Express’ (2006), he produced his first film for an international audience – a new vision for a new vista. The critically acclaimed film, garnered great responses and was also screened at various International Film Festivals. Thereafter, Aditya Chopra’s creative magic as a producer continue to be unleashed… year after year. In 2008, Aditya Chopra directed his third film,’Rab Ne Bana Di Jodi’ (A Match Made in Heaven) starring Shah Rukh Khan and launched new comer, Anushka Sharma. 1st January,2010 marked the entry of “YRF Television”,spear-headed by Aditya Chopra,paving a new wave of television viewing experience. Being a visionary,he also decided to cater to the young audience.In the year 2011,Yash Raj Films launched a youth films studio,”Y-Films” The aim of this dynamic and vibrant start-up was to give the young audiences a creative outlet that was both entertaining and had the youth voice. Aditya Chopra, as a producer and creative head of Yash Raj Films, has launched various successful directors in the course of the last few years – with each one a recognized directorial talent in his own right and each one making a series of films for Yash Raj Films. His endeavor to unearth more directorial talent continues. In his business avatar, Aditya Chopra is the Chairman – the driving force behind all the expansion plans and visions of the company. Under Aditya Chopra, Yash Raj Films is truly on its way to becoming India’s only truly complete movie studio, and one of the giants of global film making.